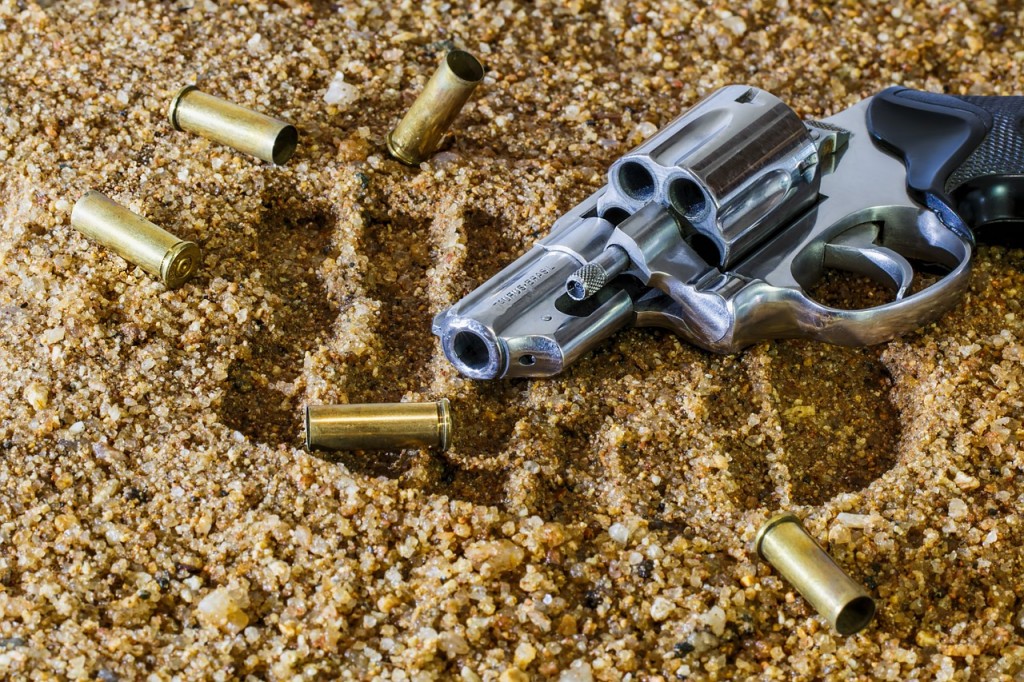 Info about Pro Gun Legislation in Alabama for 2013

Strengths and Clarifies our 2nd Amendment Rights,  Fixes some possible conflicts in current laws. Eliminates permit requirement for handgun in a vehicle, Changes permit issuance from “may” to “shall”
Expand permit time from 1 to 5 years. Encourages using a permit will work for background check
Clarifies some apparent conflicts in current Alabama laws, which some law enforcement has misinterpreted and given citizens a hard time and unfairly restricted their gun rights.
Some cities in Alabama (Alabaster) have unconstitutionally restricted gun rights, and this law would prevent that.
Universal recognition of concealed weapon permits from other states.
YES to SB – 286
SB93
By Senators Sanford, Beason, McGill, Scofield and Whatley
Synopsis: This bill would prevent infringement on the right to keep and bear arms by the federal government and would nullify all federal acts in violation of the Second Amendment of the United States Constitution.
(1) The Second Amendment to the United States Constitution reads as follows: A well regulated militia being necessary to the security of a free state, the right of the people to keep and bear arms shall not be infringed. Section 3. (a) All federal acts, laws, orders, rules, or regulations in violation of the Second Amendment to the United States Constitution are contrary to the true meaning and intent of the Constitution as given by its authors and ratifiers and are invalid in this state, shall not be recognized by this state, are specifically rejected by this state, and shall be considered null and void and of no effect in this state.
SB43
By Senators Allen, Ward, Waggoner, Sanford and Fielding
Synopsis: This bill would exempt from federal regulation under the Commerce Clause of the United States Constitution a firearm, a firearm accessory, or ammunition manufactured and retained within the borders of Alabama.
This bill would also exclude certain firearms and ammunition from this act
(1) The Tenth Amendment to the United States Constitution guarantees to the states and their people all powers not granted to the federal government elsewhere in the Constitution or prohibited by the Constitution to the states, and reserves to the State of Alabama and its people certain powers as they were understood at the time that Alabama was admitted to statehood in 1819. The guaranty of those powers is a matter of contract between the State of Alabama and its people and the United States as of the time that the compact with the United States was agreed upon and adopted by Alabama and the United States in 1819.
HB 55
HB 55 Sponsored by Todd Greeson (R-24),
This bill would authorize a person to carry a pistol in his or her vehicle without a concealed pistol permit. This bill would repeal a prohibition against carrying a concealed pistol on another’s property. This bill would also repeal a prohibition against carrying a pistol at any public demonstration. synopsis, HB55 Very Important bill.

SB70 Shad McGill
This bill would provide that any official, agent, or employee of the United States government who enforces or attempts to enforce any act, order, law, or rule or regulation adopted by the federal government upon a personal firearm, firearm accessory, or ammunition, that is manufactured commercially or privately in this state and that remains exclusively within the borders of this state is guilty of a Class C felony.
One of the best bills to guarantee our 2nd Amendment rights.

By State Representative Ed Henry
This bill would prevent infringement on the right to keep and bear arms by the federal government and would nullify all federal acts in violation of the Second Amendment of the United States Constitution.
Great Bill, ask your State Rep to support this. 2nd Amendment Preservation Act http://alhd9.com/2nd_Amendment_Preservation.html

If approved, the new amendment would add language to the state constitution that would restrict international treaties or laws from impeding on the “fundamental right to bear arms in defense of himself or herself and the state.”

“There’s been a level of discussion about treaties recently – UN treaties – that
language was basically to address that,” he said. “Under the 10th Amendment, states have to have an argument for things that aren’t already addressed.”

State Rep. Mike Jones said that the language would give Alabama an argument if a treaty were to infringe on the right to bear arms.  A pending United Nations
Gun Treaty currently before the US Senate could be an issue.                    http://ccofal.org/alabama/conservative_laws.phtml