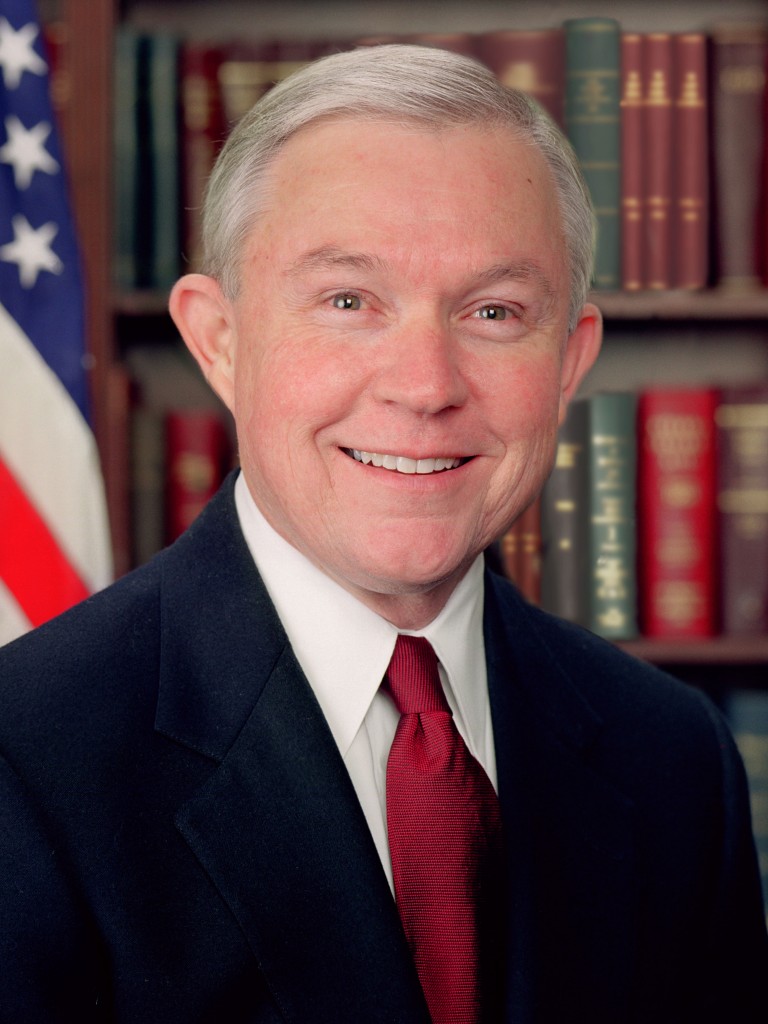 The following statement was released by Senator Jeff Sessions on November 18, 2015 in regards to Obama’s dangerous refugee plan which allows Moslems who are all potential terrorists to enter America.

The current proposal being considered in the House in response to the President’s dangerous refugee plan – the American SAFE Act – fails to defend the interests of the American people. It is based on a flawed premise, as there is simply no way to vet Syrian refugees. Just over a month ago, officials from the Department of Homeland Security admitted before the Immigration Subcommittee that there is no database in Syria against which they can run a check. They have no way to enter Syria to verify the applicants’ personal information. And we know the region is being flooded with false documents.

Moreover, when the Administration was asked if Syrian refugees could end up coming to the United States and joining ISIS like Minnesota’s Somali refugees, the answer was blunt: ‘we can’t predict the future.’ Each year, the U.S. permanently resettles more than 100,000 Muslim migrants inside the United States. In just the last year, refugees and migrants allowed into America from Bosnia, Somalia, Sudan, Saudi Arabia, Uzbekistan, Kazakhstan, Ghana, Kuwait and Bangladesh have been implicated in terrorism. And, as we have seen, the U.S.-born children of migrants are also at risk for radicalization.

Ignoring this reality, the American SAFE Act allows the President to continue to bring in as many refugees as he wants from anywhere in the world. With respect to Syria and Iraq, the American SAFE Act requires only that the President direct his Secretary of Homeland Security, Director of National Intelligence, and FBI Director (all his appointees) to sign off on the administration’s screening process – a process that the White House continually asserts is adequate and ‘ensures safety.’ The plain fact is that this bill transfers the prerogative from Congress to President Obama and ensures the President’s refugee resettlement initiative will continue unabated.

Finally, the House plan does not offset a single penny of increased refugee resettlement costs. As currently structured, the House plan would give the President the money he wants for refugee resettlement and then leave taxpayers on the hook now and in the years to come for the tens of billions of dollars in uncapped welfare, education, and entitlement costs certain to accrue. Thus, in addition to the enormous welfare costs – 91% of recent Middle Eastern refugees are on food stamps and 73% receive free healthcare – we will also be taking money directly from Americans’ Social Security and Medicare Trust Funds to provide retirement benefits for refugees. The real costs of this refugee expansion has not even been ascertained.

A recent analysis finds that admitting 10,000 refugees to the United States presents a net lifetime cost to taxpayers of $6.5 billion, meaning that under the current plan to admit 85,000 refugees this fiscal year, taxpayers will be on the hook for $55 billion. For the cost of resettling one refugee in America, we could successfully resettle 12 refugees in the region. Creating safe-zones in Syria and the region is a vastly more effective and compassionate strategy. Such a proposal recently was put forth by former Secretary of Defense Gates and General Petraeus, among others.

With immigration at a record high, deficits surging, wages flat-lining, schools overcrowding, crime rising, and terrorism threats increasing, it is time to place priority on protecting the safety of Americans and their financial security. We face a real crisis. The Administration must change its strategy to creating safe-zones and to accelerating actions that can bring the fighting to a close. There is no other solution. The solution is not to have the populations of all the Middle Eastern countries move to Europe and the United States.